In Search of a Good Donut 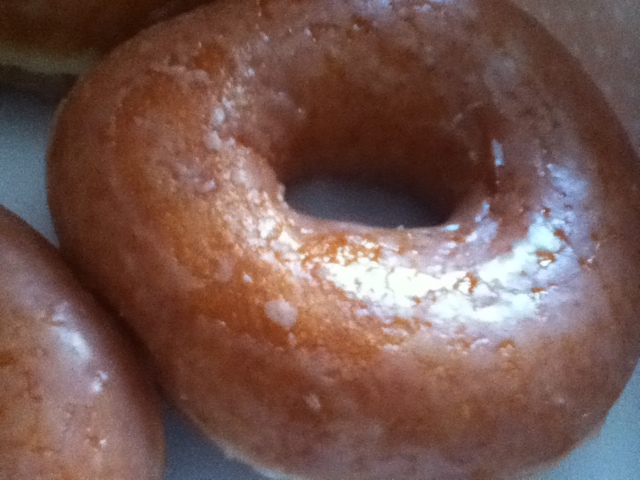 On Saturday my kids and I went to a screening of the movie Funsize.  If you haven't heard of it, it's  a teen comedy that stars Victoria Justice of Nickelodeon's Victorious and Suburgatory's Jane Levy.  The screening took place on 34th St where there happens to be a Krispy Kreme donut.  Now donuts weren't initially a part of  the days' activities.  I happened to see a guy headed to the train with a box of Krispy Kremes and suddenly I had an epiphany.  I have to admit that thought of Krispy Kreme donuts made my mouth water right there on the street. 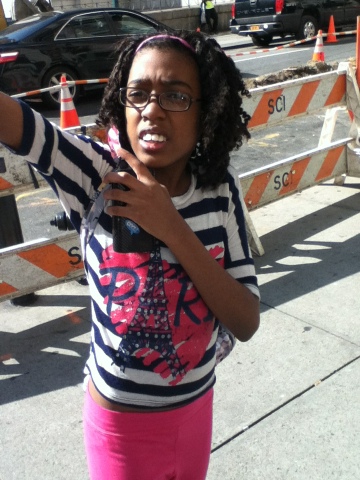 So I told the kids about the donuts and of course they were excited thinking this was a treat for them when it was actually a treat for me.  I called home to see if the Mr knew exactly where the ONLY Krispy Kreme in New York City was.  He had no clue.  It wasn't very far from where we were and yet somehow we had the hardest time finding it.  I googled it and it seemed that since we were on the corner of 34th St and 8th Ave it was right there.   Up 33rd Street we went and then back down 33rd we went.  We dipped into the alley where the Kmart was and it wasn't there.   Then we dipped into another alley behind Garretts Popcorn and it wasn't there either.  We asked a couple of workmen if they knew where 2 Penn Plaza was and they didn't know either. How can you be doing construction and not know anything about the area was my thought.  I guess that's not a requirement to get work done.  So after a several 2yr old tantrums and several arguments with my 10yr old I was just about to give up on the donuts all together.  I decided to google it again and this time I used the phone number for that location to call and ask exactly where they were.  A nice young lady named Ursala informed me that they were inside Penn Station on the Amtrak level.  You mean the level we were just on and left because my 2 yr old was biting her 16 yr old sister in the chest and face as she was carrying her, I thought to myself.  So we decided to give it one more shot and we all agreed if we didn't find it right away we were headed home. I knew they had to be tired if they were giving up on donuts.  Well we found it!  My kids were literally laying on the glass.  1 dozen  glazed Krispy Kreme donuts.  Of course I had to give the 2 yr old one before we even got on the train. 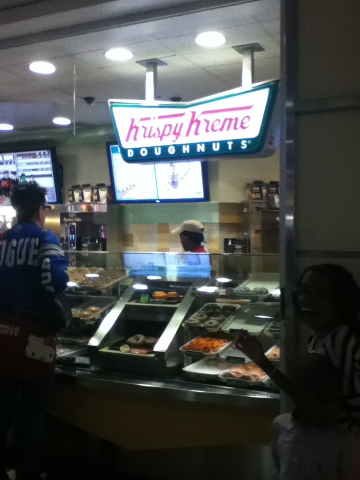 Now I know what you're thinking, really all that for some donuts.  Yep.  If you've never had Krispy Kreme, seen that hot donut sign on and tasted the warm deliciousness before, well you just wouldn't understand.  I grew up on Krispy Kreme donuts.  It was the stuff  good church fundraisers was made of.  That was in the south though.  New York City has plenty of Dunkin Donuts and they are definitely not bad at all.  In outer boroughs there are Twin Donuts that I would pretty much pass on all together.  And if you are in the mood for a fancy donut the Chelsea has Donut Planet they are great but expensive.  To me nothing beats a Krispy Kreme Donut and that is just my opinion. They are light and fluffy with a thin layer of sweet glaze. Yum. 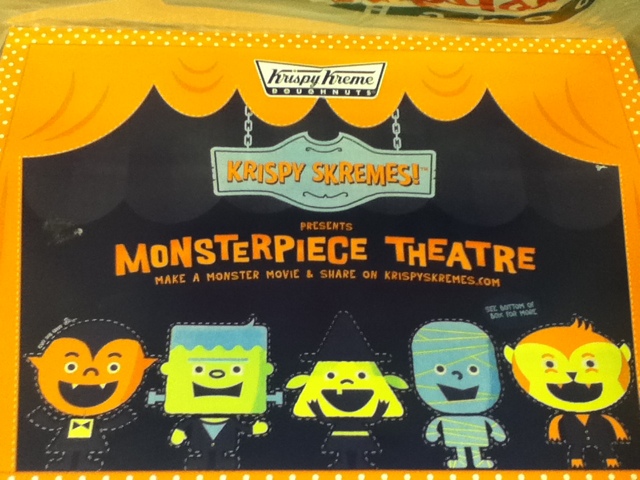