Back to School : Shopping

Since I have four kids and three of them go to school I try to get an early start on my school shopping every year.  I start looking for deals as soon as school gets out for the summer.  I watch the Sunday ads every week and I buy all of the staple items that I am sure they will need before I even get the supply lists in the mail.  If only I could get those supply lists on the last day of school.  This year the list I usually have the most issues with didn't come.  My ten year old Luv Bug goes to an amazing progressive school.  As amazing as they are some how this year they used an address that we haven't lived at since she was six. I was so caught up with my other two kids' list back in July that I realized only a few days ago that I didn't have my fifth grader's list.  Her school being as amazing as they are I was able to email the principle and within the hour her new teachers were emailing me letters and the coveted three page list. 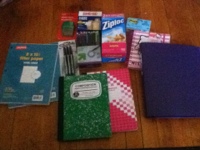 So since we had to go out to get and pick up some last minute things I decided to make a day out of it and get in a little quality time with the family.  We started out with a late breakfast at Ihop.  I guess people are shocked to see such a big family out because two ladies who were in the booth next to us entertained us with their lovely conversation the entire time that we were there. 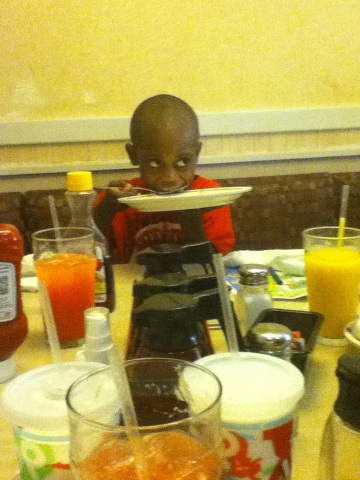 After breakfast we headed to my favorite shopping plaza.  We went to Old Navy where I tried to keep it all together.  My two and six year olds were more interested in playing with the mannequins.  My ten year old decided that she needed a break that from her meds so she was just kinda all over the place.  I did end up picking up a few great finds despite all the chaos that was going on around me. 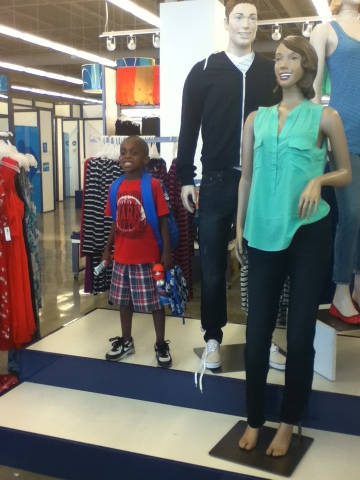 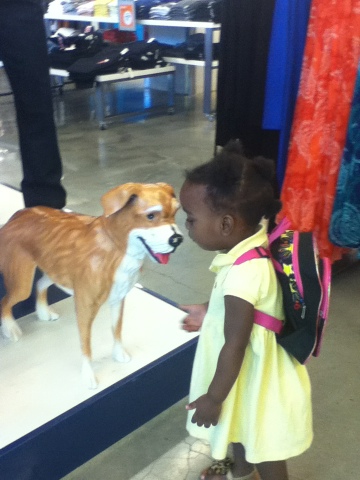 The next stop was my favorite shopping place Target.  I put the little ones in a cart which they hated and they proceeded to bitch and moan to dad, while begging to be let out.  My sixteen year old was completely focused on picking up the nick knacks she needed.  My ten year old, well we lost her somewhere in the school supply section even though she was the one who needed them the most.  The next time we saw her was about twenty minutes later.  I was just about to give her the business when I noticed that she had found a cute little potty doll for her baby sister to help with our potty training efforts.  That was a good save for her.  Dad was done and expressed his unhappiness with the kids behavior several times during the shopping trip.  I guess I'm just the type of person that loves to see a train wreck because on the way home I promised them that we would do it all again the next day. 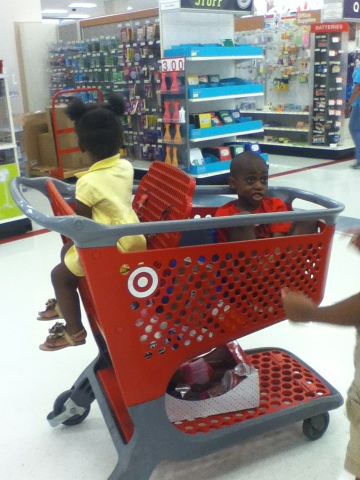 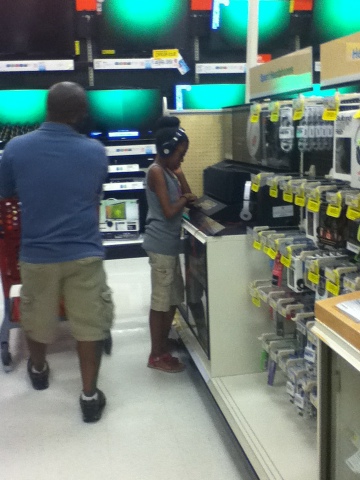 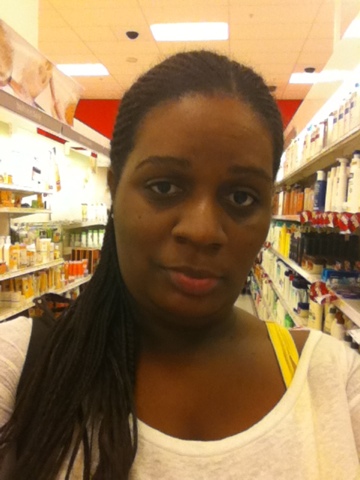 The next shopping day ended up with more tears, more arguments, and more fights.  I don't think that I will be doing that again for a while.  Maybe I should just go it alone from now on and only take the kids along when I need one or two items. 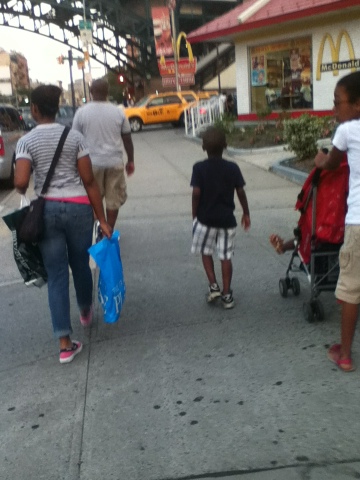 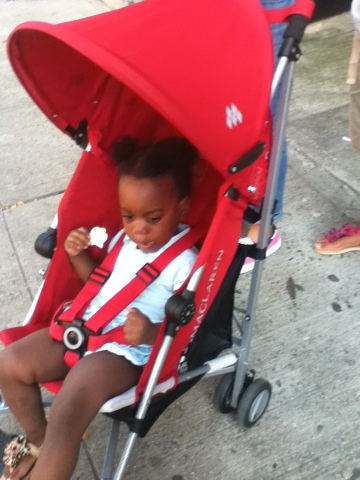