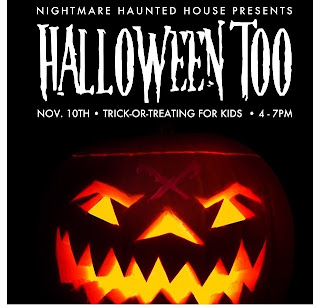 Superstorm Sandy unleashed a brutal attack on New York City and the surrounding areas on October 29th, leaving parts of the city flooded and in darkness.  By Halloween with no bus and train service and most of the places that had lost power still in the dark it was pretty much a given that Halloween was cancelled for most of New York.

The Lower East Side of Manhattan was one of those places under water and in the dark on Halloween after Sandy passed through.  There was no trick or treating for the kids, no annual Village Parade.  My 10 year old happens to go to school on the Lower East Side, and her school has an annual Halloween parade around the neighborhood, it was also cancelled. 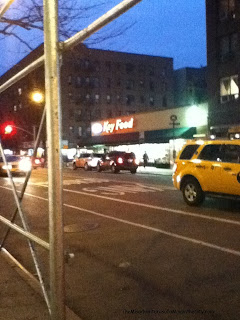 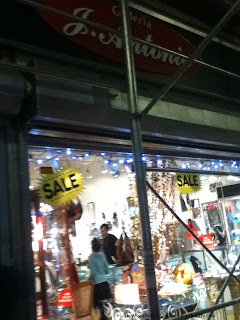 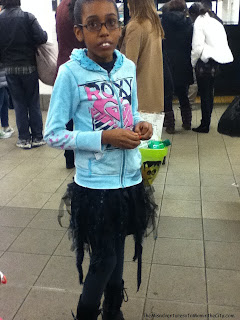 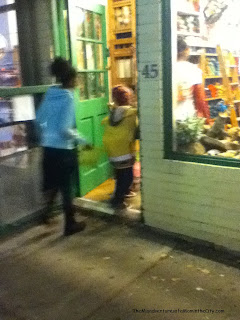 So a week or so later the kids got a do over.  More than 40 merchants on the Lower East Side were on board to offer treats to eager trick or treaters.  Participating merchants had signs in the windows although that didn't matter much to my six year old son.  If your shop looked interesting he was going in.  And it seemed to work for him.  We went from Houston to 9th St and back up to Delancey.  The kids had a great time.  Of course because there is never a shortage of drama and laughs with my kids it was quite a night. 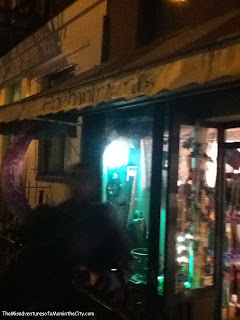 The kids found some of the shops so interesting that it was hard to tear them away.  My son was fascinated by Downtown Yarns and J Antonio on Avenue A.  My daughters were enchanted by Enchantments on E. 9th St.  They were treated to delicious vegan ice cream, croissants, and smoothies.  They came away with lots of candy and it was really great to see all of the shops and restaurants open again after the storm. 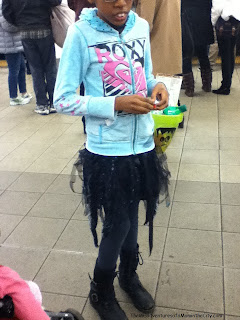 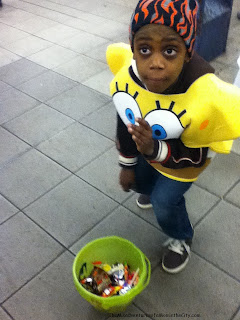