Thanksgiving in the City 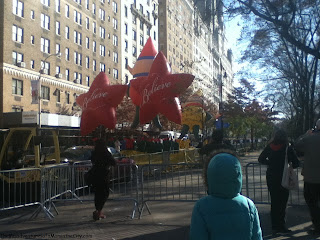 I love the holidays.  Living in the city has made me love the holidays even more though.  There is just something magical about holiday time in New York City.   Something that we started a few years ago was going to the Macy's Thanksgiving Day Parade.  As you know I have 4 kids who range in age from 16 to 2 so anything that involves large crowds is an adventure in itself.  A few weeks before Thanksgiving I start to strategize, watching the weather, planning my menu and deciding which items I will prep the day before, what the children will wear, how early we should leave home and where we will watch the parade.  All this is really wishful thinking because with us nothing ever goes as planned.  For the last year and a half we having been dealing with an issue with a close family member that has taken a serious toll on our family.  Because the situation is ongoing it often sneaks right in 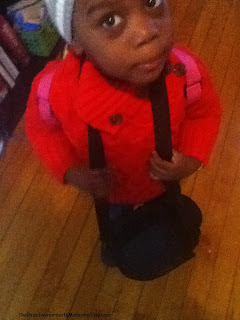 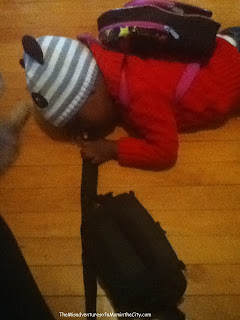 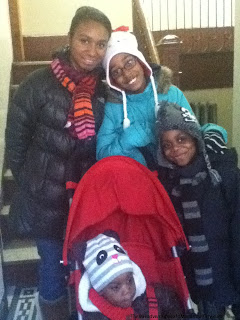 and often throws off our day to day routine.  Although I was able to finish all my shopping a few days before Thanksgiving we didn't have a turkey until the night before.  So I was as I let the turkey thaw in the sink I prepped the mac and cheese, the stuffing, cranberry sauce, and sweet potato pies.  The next morning I overslept so instead of getting up at 5am I got up at 6am only to find out that the bathroom light was blown out.  Luck for us the Mr was heading to work so he ran out and picked one up.  Crisis averted, because honestly if my 6 and 10 year old had woken up and attempted to brush their teeth and wash their faces in a dark bathroom it would have been total chaos.  We managed get everyone together and get out of the house shortly before 7am. We live only a few stops from Central Park West so it didn't take us long to get there. We decided to get off of the train with the crowd since time wise our original plans needed to be tweaked.  So we got off at the Museum of Natural History which was actually a few blocks from where the actual parade was starting.  The kids were in awe because we had never gotten down to the parade route so early.  They were able to see the balloons lined up, some of the performers we just getting there as well there were floats already lined up on Central Park West. 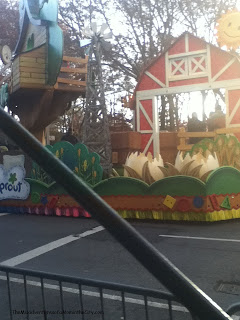 We walked down to where we thought it wouldn't be as crowded and we would have a good view of the parade.  Well to my surprise that street was very crowded, so off we went to find another spot.  We walked about two blocks over and found a street that was less crowded.  However this being New York there was quite a different dynamic on this block.  There was a crowd, but I felt like the kids would still be able to get a good spot and be able to enjoy the parade.   Apparently this was the block where people who lived in the area came to watch the parade.  This is how I came to this conclusion, there were people who were literally camped out with their lawn chairs, some with blankets and they were scattered about in the rows which actually took up quite a bit of space and made the street seem  a little more crowded than it really was.  As if that wasn't bad enough, 10 minutes before the parade started people started to walk up with their ladders.  We managed to stick it out for about an hour before I decided that I need to get home and get my turkey in the oven. 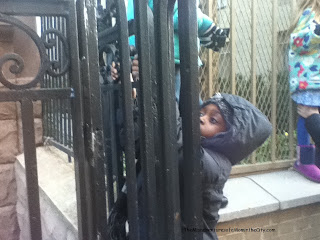 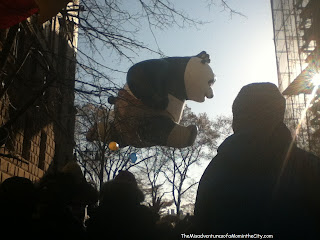 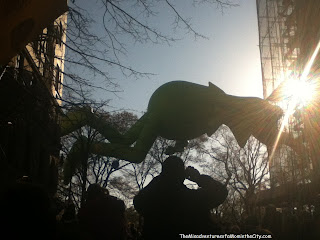 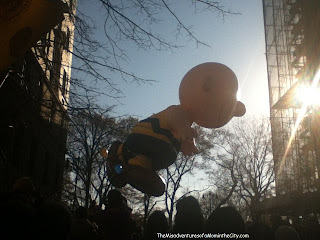 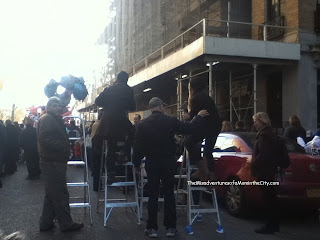 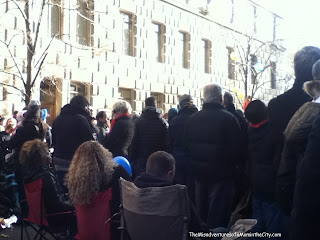 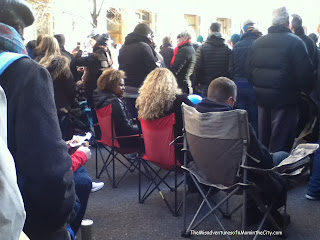 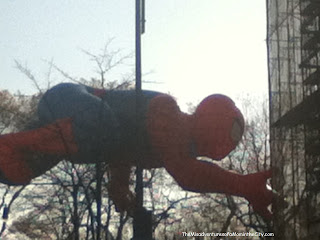 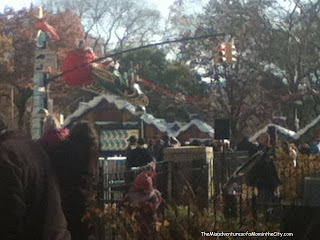 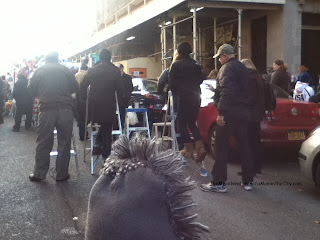 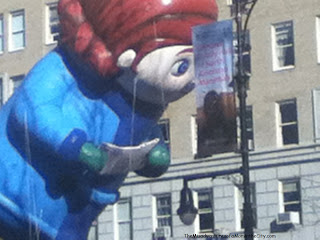 Of  course leave it to my 10 year old to find a really great spot to view the parade so we ended up watching the rest of the parade.  I made it home to finish Thanksgiving dinner and watch the end of the parade. 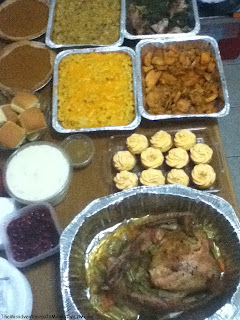 Later that night although I said I wouldn't get caught up in the Black Friday shopping, on the way back from dropping off my stepson in Brooklyn we ending at Target. 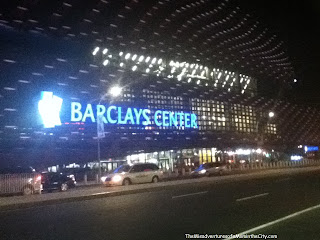 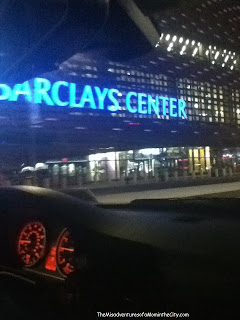 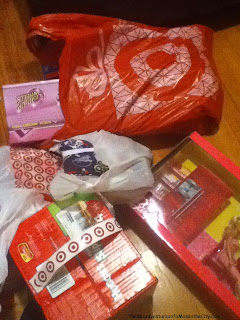